The Barnes & Mullins Wimborne Mandolin is a traditional A-Style, 8 string instrument with a solid Spruce top, Ebony bridge and Maple back and sides.

The BM600E is an A-Style mandolin named after Wimborne in the English county of Dorset. It was during the late 19th century that Albert Mullins and S Bowley Barnes first met in the town of Wimborne and formed the friendship upon which the next few decades of performance and business would be founded.

The Barnes & Mullins Wimborne Mandolin is a traditional A-Style, 8 string instrument with a solid Spruce top, Ebony bridge and Maple back and sides. Offering both great sound and looks, this natural finish folk instrument features two ‘F’ sound holes, a Ovangkol fingerboard with mother of pearl dot inlays and an engraved tailpiece.

Please Note: Specifications are subject to change at any time.

Specialising in all things banjo, they soon began manufacturing their own banjos as well as importing many other instruments. The original Barnes and Mullins banjos are still sought after today, with collectors seeking them out all over the world.

Sadly in 1914 at the age of 40, Albert Mullins drowned when the ‘Empress of Ireland’ sank on the St Lawrence River. He was on the home leg of a 2 year sales trip.

Bowley Barnes continued the business thereafter, and what he had started with his partner years earlier in Bournemouth now moved to Rathbone Place, London.

In 1976, Mark Barnes – son of Bowley Barnes – moved the business to Grays Inn Road, Bloomsbury. Sadly in 1986, Mark Barnes died. He was greatly admired and respected by employees and customers alike who were quick to tell of his fair and generous nature.

In 1999, Bruce Perrin – a Director since 1986 – became Managing Director and moved the business from London to the current location – Grays Inn House – a modern 46000sqft warehouse and office facility in Oswestry, Shropshire.

Bruce Perrin says “We are excited about the future and are constantly looking at ways to innovate and evolve, yet Barnes and Mullins has always endeavoured to put the customer at the top of its priority list”. 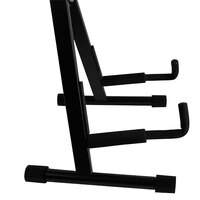